Who Was the Woman at the Well? 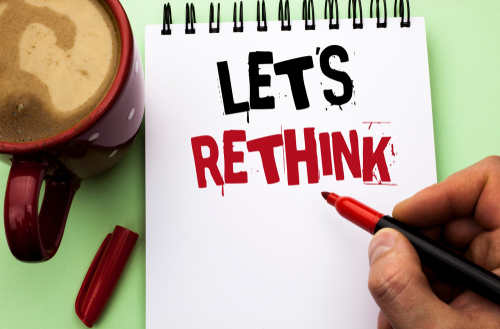 Have you ever looked at a well-worn passage of the Bible and suddenly wondered if the prevailing teaching you have heard is actually right? Something gnaws at you. A sense that maybe there is another story that hasn’t been told.

I recently encountered this gnawing sense while working on a sermon I preached on March 10th.  My passage was John 4, the well-known story of the Woman at the Well. The Samaritan woman.

This strange interaction goes from a request for water to a political and theological back and forth between Jesus and this woman, culminating in Jesus letting her know that He knew her life. 5 husbands and now living with a man who isn’t her husband. A woman clearly of ill repute. A woman who is best known to most church goers for her shady character.

The Samaritan woman at the well is no angel. Mixed up with a wrong crowd, this poor woman from Samaria has quite a reputation. She had been married five times and was living in sin with a man who wasn’t her husband. Through her story comes the lesson that people shouldn’t live by carnal pleasure . . . . Jesus has a lengthy but candid dialogue with her. He makes her understand that she needs to confess her sins and change her life before she can obtain this life-giving water — grace. (John Triqilio and Kenneth Brighenti, Women in the Bible for Dummies1)

But what if it isn’t?

What if that is just a completely wrong understanding?

Their conversation confused me. Her questions intrigued me. As I researched and studied in the weeks leading up to March 10th, I became increasingly uncomfortable with the “tried and true” interpretation of this woman.

I researched and read, and while I found dozens of articles and sermons that preached her as the worldly woman, I also found a small selection of articles that took me down another path and introduced me to a woman I had never met before and gave me new insight into Jesus.

The Samaritan woman I discovered and then introduced on March 10th was admirable. She was culturally sensitive, politically astute, theologically curious, and just a bit feisty to top it off!

And it stands to reason that if we have misunderstood her situation, then we have also missed the real point of the passage.

What if Jesus brings up her history because by knowing her history and her current living situation, He signals to her that He sees her and He knows her?

What if His purpose was not to reveal her sin, but to reveal Himself to her?

By the time I was finished, I realized I wanted to be more like this woman! Well, except for the five husbands part. I’m quite content with the one I have!

Interested? I would love to invite you to check out the podcast or video and rethink this well worn passage with me.  I was told by a number of people that it made an impact on them and I know that it changed me.

It occurs to me that there are a number of people in my life that I think I "know" because others have told me about them. But what would I learn if I came face to face and had a chance to talk with them myself and ask questions instead of making assumptions?

I would love for you to listen and share your thoughts. I hope it blesses you if you choose to invest the time.

If you want to dig a bit deeper, here are a couple of articles that were super helpful to me as I studied.

©2019 – Kathryn Redman
Website by: Half a Bubble Out Telling your story...